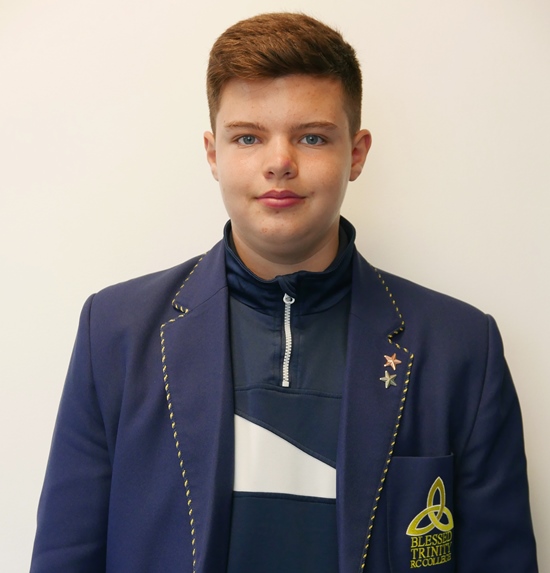 Year 10 pupil James is making a name for himself as the man in the middle at the Burnley Netball League – and is also to hoping to become a netball star himself.

James got involved in netball through his mum as he went to watch her play. He was taken under the wing by umpire Helen Tomlinson and, since being in Year 8, he has been officiating at the games.

He wants to take umpiring further as he has sat his theory test for the C Award Umpire qualification and will take his practical test later this year.

This will allow him to officiate at county level and he can then take his B Award and A Award to umpire at the higher levels of the game.

And he has also just signed up to a men’s netball team – the North West Spartans Men’s Netball Club, which is based in Manchester.

“I umpire two games every Tuesday for the Burnley Netball League,” said James, 15.

“It started as my mum played for years and I always used to go down and watch.

“I couldn’t play as it’s a women’s league and so I decided to learn to umpire.

“Helen took me under her wing, I started shadowing her and then I started doing half a game with her since Year 8 so that I settled into it easily.

“Players don’t always agree with my decisions, a few pull their faces, but it’s all in a friendly manner.

“I had played a bit in primary school so I knew the rules but they were easy to pick up.

“I want to go as far as I can with my umpiring. I love it, I look forward to every Tuesday.”

He loved his netball so much, he decided to see if he could also take part.

“My mum found a men’s netball team in Manchester and they told me to come over for training to see if I was good enough.

“I did and they said I was. I am a Goal Shooter and I am the youngest, as it is an adult team.

“It’s a really good challenge for me as, at 6ft 1”, there are players even taller than me!

“It also helps my umpiring as it helps me understand the game from a player point of view.

“We have a national tournament in Nottingham soon and then the men’s national league will start in September.”