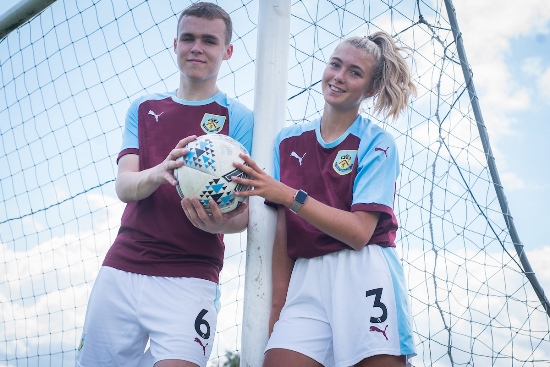 Blessed Trinity students are kitted out in Burnley FC strips.

Head teacher Mr Varey was given the Under 18s kit by Burnley's Head of Academy Coaching Ian Jones at Turf Moor.

The strip will be worn by Year 10s and 11s at Blessed Trinity.

“We have a good relationship with Burnley FC and we were surprised and pleased to be given Burnley strips for our students,” said Mr Varey.

“Most of them are Burnley fans and they love it.”

Two promising footballers, Jack, who is at the Academy at Bolton Wanderers, and Tiggi, who plays for England Under 15s and Manchester United, were the first to wear the claret and blue colours.