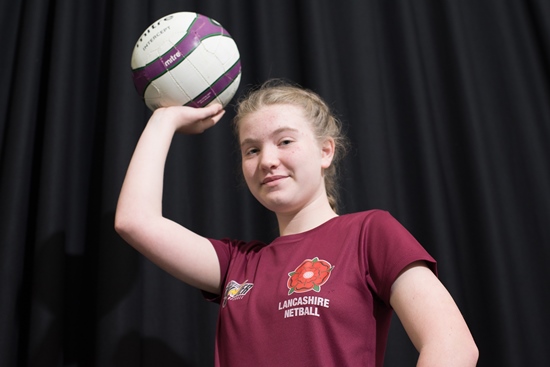 Kate hopes to go all the way in the netball world - and is already making an impact for Lancashire.

Despite many of the girls being in Year Eight, Goal Keeper/Goal Defence Kate was selected and has already played for her county.

"It's an honour. Lancashire are linked to Manchester Thunder and I would like to play for them in the future."